These images show members of the Ku Klux Klan as they want to be seen, scary and secretive and waiting in the wings for Barack and his colour-blind vision for America to fail. Anthony Karen, a former Marine and self-taught photojournalist was granted access to the innermost sanctum of the Klan. He doesn’t tell us how he did it but he was considered trustworthy enough to be invited into their homes and allowed to photograph their most secretive ceremonies, such as the infamous cross burnings. When he talks about the Klan members he has encountered he tends not to dwell on the fate of their victims. Karen’s feat is that he takes us to places few photojournalists have been before, into the belly of the beast. The scenes he presents portray a kinder, gentler Klan. The mute photographs present an organisation that is far less threatening than the hate group of our popular imagination. 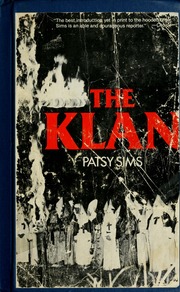 Consciously or otherwise, his photographs hold our imagination in their grip while doing double duty as propaganda for the extremist right, much as Leni Riefenstahl’s work did for the Nazis. Today the Klan is a mere shadow of what it used to be and there are at least 34 differently named Klan groups. “They are a fairly low-rent bunch of people, many of whom use their local organisations as a way of raising money for themselves,” says Mark Potok, director of the Intelligence Project at the Southern Poverty Law Center in Montgomery, Alabama. Photographs of the Klan folk in their hooded regalia aren’t all that rare.

The archives of America’s newspapers contain plenty of front-page photographs of lynchings throughout the past century. Three years ago, James Cameron, the last survivor of an attempted lynching died, thankfully of natural causes. The older generation of Black Americans grew up hearing about Klan lynchings whispered over the dinner table but never mentioned outside the home. At the Klan’s height, around the turn of the 20th century, some 30 to 40 lynchings a year were being recorded.

It is believed that there were in fact many more unrecorded deaths, especially in the cotton-growing south where the deaths of black field-hands were often not recorded. Karen’s photographs show an entirely different side of the far right. He presents a 58-year-old, fifth-generation seamstress he calls “Ms Ruth” and he has photographed her running up an outfit for the “Exalted Cyclops” or head of a local KKK chapter. She gets paid about $140 for her trouble. Karen tells us that she uses the earnings to help care for her 40-year-old quadriplegic daughter, who was injured in a car accident 10 years ago. Karen’s images of the Klan and its supporters regularly appear on the recruiting websites of the far right.

Out of context, the images of hooded Klansmen and their families tell us little of the real story – the inexorable rise in the number of extremist organisations in America. The number of hate-crime victims in the US is also rising and as America’s middle and working class gets thrown out of work, the hate groups behind the crimes are flourishing. As people lose their homes to foreclosure and, without the benefit of a safety net, find themselves slipping into poverty, there is already a search for scapegoats underway. Immigrants from central and South America have become particular targets as the grim economic times take hold. Anyone who doubts the capacity of the modern KKK for violence need look no further than the recent case of 43-year-old Cynthia Lynch of Tulsa, Oklahoma. She had never been out of her home state before she travelled to Louisiana to be initiated into the Klan.