Heavyweight 180 gram vinyl reissue of this 1980 album. Despite the title, this is the debut album from Manchester's Durutti Column, originally released on the legendary Factory Records label. This album is a collaboration between guitarist, and the only permanent member of the band, Vini Reilly and producer/keyboard player Martin Hannett (Joy Division, Buzzcocks). Though lumped in with the Post-Punk movement, The Durutti Column's debut is hardly reminiscent of what that term brings to mind. The Return of The Durutti Column is a collection of guitar based instrumentals melding Rock, Folk, Classical, Electronica and the avant-garde. Absolutely stunning. Product Details. 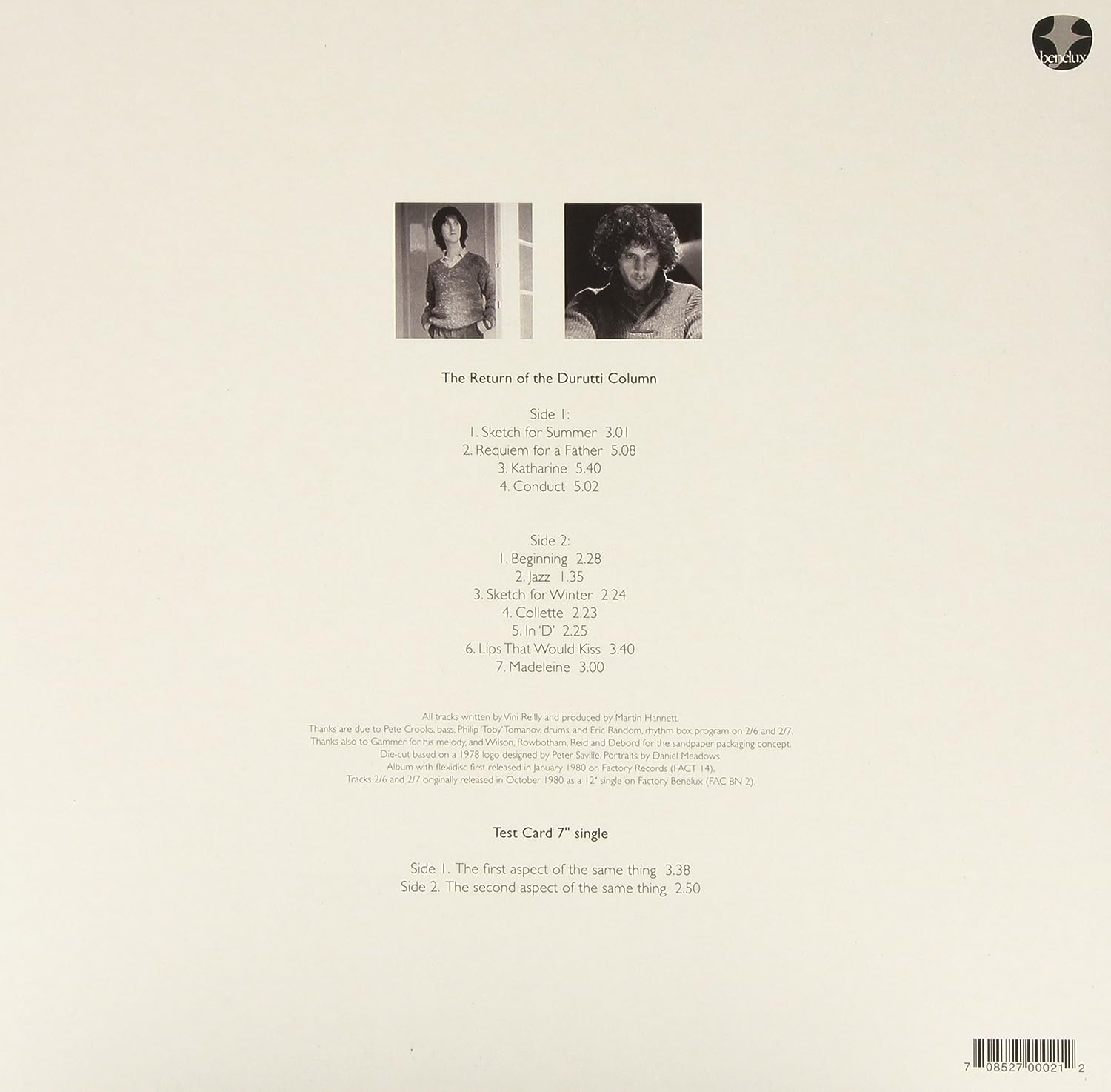