I recently bought a Manfrotto 322RC2 Joystick Tripod head (used, but in MINT condition). When I first got it, the pistol grip's grip on the ball head was really tight. I've been buys and haven't been able to play with it until today. So, I loaded my T2i (not a heavy camera by any means) with an 18-55mm lens (not heavy either) onto it today and noticed that even with the adjustment wheel dialed to maximum 'Friction', that I could accidentally bump the handle (VERY lightly) and get the whole head/camera to move on the ball joint. Obviously, this does not make me happy. 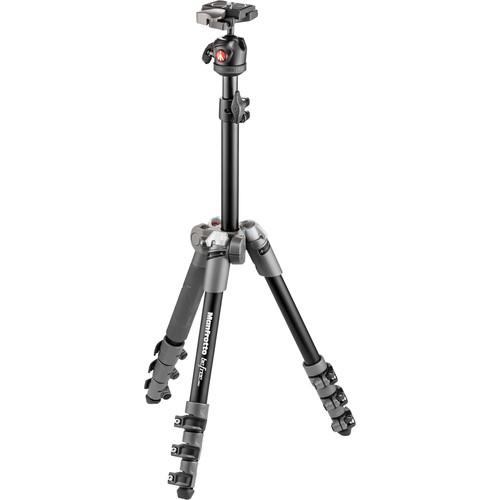 Is there something I'm missing? Is there another way to increase the pistol grip's grip on the ball head? Is this an inherent problem with these that I'm unaware of? Any help/feedback/recommendations would be greatly appreciated.

Thanks, Justin. As promised, here is a solution to a Manfrotto 322RC2 head not gripping the ball very tightly. Xsplit Gamecaster Crack. If you insert a #3 (Metric) Allen Wrench in the hole in this picture, and tighten SLIGHTLY, you'll notice a marked improvement in the head's grip on the ball. Since mine didn't come with a manual, this next bit of information is for those out there in the same boat.the red 'Friction' dial ONLY adjusts how easy/hard it is to squeeze the handle. The red 'Friction' dial has NOTHING to do with how tight a grip the head has on the ball.that is dictated by the aforementioned Allen Bolt in the picture below. Hope this helps. Very interesting.

I had based my comment about the tension wheel applying to the handle on the earlier comment jman995x. From your pictures, it looks like the friction wheel has everything to do with the ball, not the handle. (Unless there is some additional friction at the far pivot point at the top of the handle that the wheel affects. That looks more like a stopping point, though.) I still feel no discernible difference in the ball tension when I use the friction wheel. Maybe it is just my unit. I get significant difference in tension when I adjust the previously identified screw even a little bit.

It would make much more sense to have adjustment through the wheel for on-the-go changes. Thanks for posting the pictures. Storm1989 wrote: THANK YOU!!!!! I have two different Manfrotto grip heads and both wouldn't hold. I just fixed the 322RC2 with the included allen wrench. They had told me I needed to send them in for repairs. Now on to find a slightly smaller Allen wrench for the old grip head.

I'm so happy. I have the older model 3265 grip head and a 2.5mm Allen wrench fits the adjustment screw in question. This adjustment actually controls the amount of lash (free play) in the ball lock mechanism which in turn controls how far open the release lever is in its free position.

Turning the screw CW reduces the lash, CCW increases the lash. The screw turns most easily when you are squeezing the release lever which unloads the ball lock mechanism. This adjustment is probably used during assembly and intended primarily to account for manufacturing tolerances although a user can use it to offset any increase in free play during use due to wear/compression of the lock components. Correct adjustment is to have the free position of the release lever short of its full travel where it is stopped by the little ears on the left end of the release lever in the 1st image in. This ensures the full force of the large spring pushing the release lever out is transferred through the lever's mechanical advantage to the ball locking plate, the light colored piece in the linked image. It is this large spring that provides essentially all of the locking force on the ball.

A very small additional force does come from the +/- knob spring but that is intended to control the friction of the ball head when it is free to move since it is not relieved by squeezing the release lever. In an attempt to reduce the squeeze effort of my 3265 head I have substituted weaker springs for the release lever spring.

Unfortunately the ball would slip under load and I had to return to the original stiffer spring. BTW these heads are easily disassembled but watch out for flying parts. As another poster said reassembly is better done with 2 pair of hands. Jman995x wrote: As promised, here is a solution to a Manfrotto 322RC2 head not gripping the ball very tightly. If you insert a #3 (Metric) Allen Wrench in the hole in this picture, and tighten SLIGHTLY, you'll notice a marked improvement in the head's grip on the ball. Since mine didn't come with a manual, this next bit of information is for those out there in the same boat.the red 'Friction' dial ONLY adjusts how easy/hard it is to squeeze the handle.