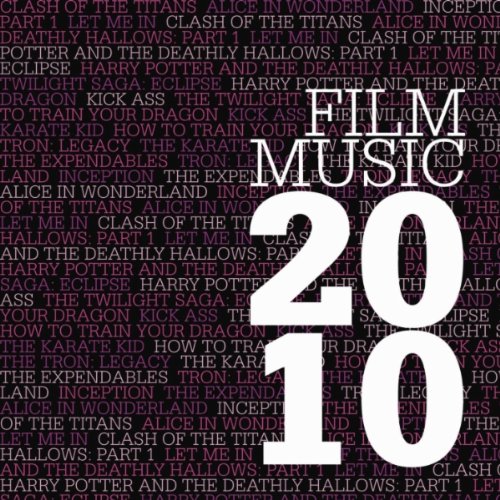 Zimmer Madagascar: (Hans Zimmer/Various) From the writer and director of Antz and The Ren & Stimpy Show comes Madagascar, the 2005 production from the PDI/DreamWorks studio that had just brought the two initial, extremely popular Shrek movies to the big screen. The short animated film has all the glitz and visual attraction for kids, and while its premise is rich with promise, the execution of the story seems to have gone awry in critics' views. A giraffe, lion, hippo, and zebra live the pampered life in New York City's Central Zoo and, mostly featuring recognizably famous voices, their personalities carry them on a journey that involves an escape from the zoo and consequent travel back to the wild.

When their transport becomes lost at sea off the large East-African island nation of Madagascar, the animals have to cope with real life on the island. Somewhere at this point, the story loses all cohesion and this plot summary ends. It's frightening to imagine that it actually spawned a sequel film, speaking once again to the stupidity of the general public.

As a purely slapstick-style, lowest-common-denominator comedy, Madagascar relies heavily on its soundtrack to accentuate its sense of humor. Kts 570 Crack more. This 'music director' technique involved the incorporation of well known songs of the 1960's and 1970's into the picture (you've got to love the fact that studios sometimes go the less expensive route of obtaining the rights to songs that no longer demand top dollar for reuse) and, to a lesser extent, an original score. One of the prevailing head-scratchers involving Madagascar is composer Hans Zimmer's choice to leave the Ridley Scott mammoth Kingdom of Heaven in favor of this Dreamworks project. Former collaborator Harry Gregson-Williams, a composer coming dangerously close at the time to surpassing Zimmer in overall quality of output, in turn took the leap from Madagascar to Kingdom of Heaven with very impressive results, despite Scott's butchering and replacing of the score in the final film. Upon hearing Madagascar on album and pondering the tepid critical response, Zimmer's choice is all the more confusing. Perhaps there was some legal or technical reason for Zimmer to be stuck with Madagascar instead, because you certainly can't hear the validation in musical form on the abysmal album for the soundtrack.

Perhaps not surprisingly, the composer relied heavily upon his in-house Media Ventures/Remote Control team of ghostwriters to handle the bulk of duties on the assignment, perhaps allowing Zimmer an easy out but also ensuring absolutely no coherent flow to the entirety of the score. The collection of most obvious song placements from Madagascar occupies over two thirds of the running time on the album, and a fatal flaw is that the songs have absolutely nothing to do with one another. Placing 'I Like to Move It' next to the theme from 'Hawaii Five-0,' 'Chariots of Fire' (John Williams fans continue to cringe) next to 'Stayin' Alive,' and what little frenetic score there is next to Louis Armstrong's 'What a Wonderful World,' is a recipe for disaster. The songs are all overplayed, especially the Armstrong one, and there was initially doubt that the collection would even suffice to drive album sales. Despite crediting Hans Zimmer first on the packaging for the soundtrack, the composer's contribution on that album amounts to five minutes of actual original material. Of those minutes, less than two offer his solo work. The opening song, 'Best Friends,' is a catchy original tune penned by Zimmer and his hoard of ghostwriters.